Tales From the Trenches - Nurses of Note 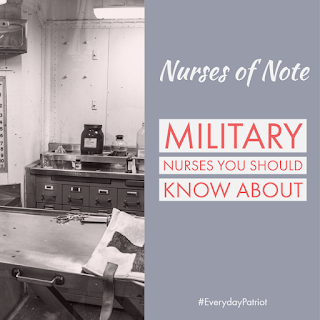 Military service is dangerous and medical care is often required and throughout American history, military nurses have been the bandaid that has held our troops together.  Here are five US Army nurses to know about. 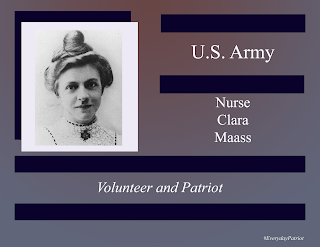 During the Spanish-American War Nurse Clara Maas volunteered for the US Army and would spend most of her career caring for soldiers stricken by tropical diseases in the Caribbean and the Philippines.

She would die during her service while researching treatments for Yellow Fever. 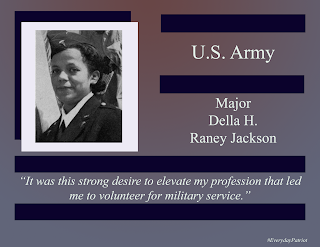 Major Della H. Raney Jackon had to fight to enlist.  A nurse trained at the Lincoln Hospital School of Nursing in Durham North Carolina, Major Jackson would have to overcome two barriers (ethnicity and gender) to enlist in the US Army prior to WWII.

She would go on to become the first woman of African descent to hold a command position in the Army. 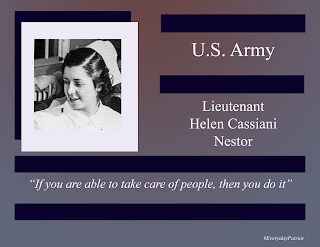 Lieutenant Helen Cassiani Nestor enlisted in the US Army prior to WWII and was assigned to the Sternberg Hospital in Manilla.  She would be captured and taken to the Santo Tomas prison camp. Remembered as one of the "Angels of Bataan and Corregidor", she (along with 77 other nurses) would continue to act as nurses and provide care for fellow prisoners for almost three years while nearly starving themselves. 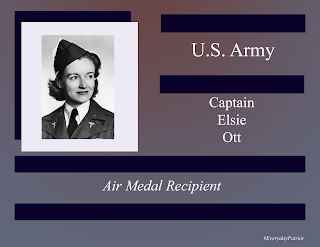 Captain Elsie Ott enlisted in the US Army in 1941 and was assigned to Karachi India. 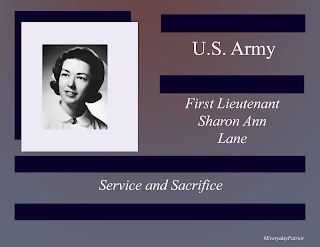 First Lieutenant Sharon Ann Lane would enlist in the US Army in 1968 and would deploy to the 312 Evac hospital in Chu Lai Vietnam.