The Spanish American War was a brief conflict that occurred in 1898, between Spain and the United States in Cuba.  While not a long term conflict, it did shape much of the foreign policy of America for years to come,  particularly in the Caribbean and the Philippines.

Here are the stories of five who served. Major General Smedley Butler was a character.  He lied about his age to enlist in the Marines at the outset of the Spanish American War.  He would serve through most of the conflicts in the Caribbean and Pacific.

He also sported quite the tattoo. 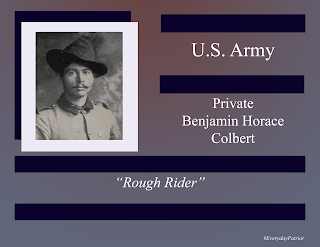 Private Benjamin Horace Colbert was a member of the Chickasaw tribe and was actively recruited for the cavalry.

He would deploy to Cuba with Colonel Theodore Roosevelt and the 1st Volunteer Cavalry, also known as the "Roughriders." 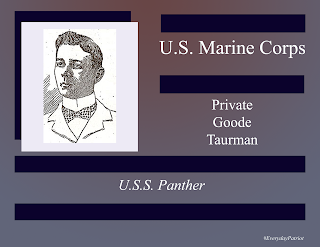 Private Goode Taurman was raised on a farm in rural Virginia.  He enlisted in the Marines quite young and would deploy to Cuba aboard the USS Panther.

He would also be an early casualty in the conflict. 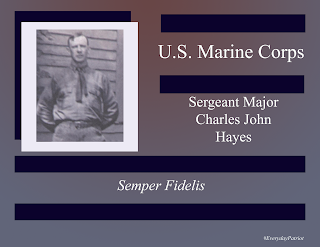 Sergeant Major Charles John Hayes was a career Marine who enlisted prior to the Spanish American War.

He would serve throughout the Caribbean and Pacific and would deploy to France during WWI. 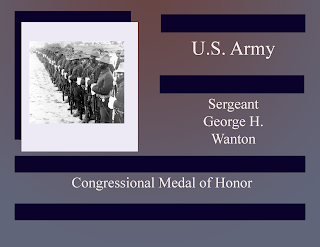 Sergeant George H. Wanton, a career soldier, began his army enlistment following a four year period with the US Navy.

He would earn a Medal of Honor for his actions during a rescue attempt during the war.
Army Marines Spanish American War Tales From the Trenches
Location: Cuba