Tales From the Trenches - Stories From Desert Storm 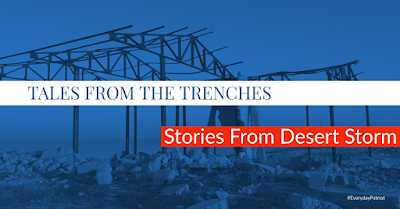 The Gulf War, also known by its operational names Desert Storm and Desert Shield was a short-lived conflict that began on August 2, 1990, when Iraqi forces invaded Kuwait.

In response to international condemnation, then US President George Bush sent US troops to Saudi Arabia to assist with the liberation of Kuwait.   The conflict ended on February 28, 1991.

At the time, the war was a large shock to the American people, who had largely avoided any substantial troop deployment the return of the Vietnam troops in 1975 and despite its brevity, still cost us lives of 297 US service members.  Here are five of their stories. 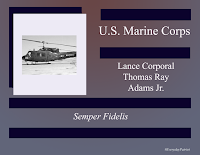 Lance Corporal Thomas R. Adams Jr. grew up in Baton Rouge Lousiana.  He enlisted in the Marines after high school and trained in helicopter operations. 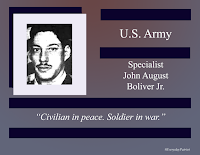 Specialist John A. Boliver Jr. had already fulfilled one contract with the US Army and had transitioned to reserve service. He would return to active duty when his unit with the Pennsylvania Army National guard activated. 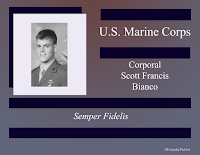 Corporal Scott F. Bianco was an outdoor enthusiast from  Edwardsville, Illinois who enlisted in the US Marines shortly after his high school graduation. 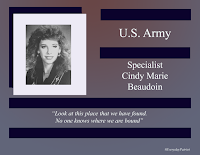 Specialist Cindy M. Beaudoin enlisted in the Connecticut National Guard after her graduation from Plainfield high school.  She would deploy with the 142nd Medical Company. 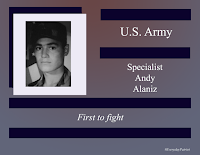 Specialist Andy Alaniz grew up in Corpus Christi Texas enlisted in the US Army shortly after his graduation.  His deployment to the Gulf occurred only a few short months after his wedding.
Labels: Desert Storm/Desert Shield Gulf War Tales From the Trenches
Location: Kuwait