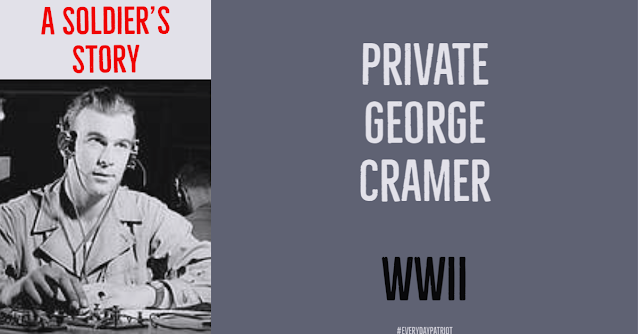 Private George Cramer was born September 27th, 1920 to parents Ester (nee Patterson) and George Cramer. He had a sister named Wilma and a brother named Edward.  Private Cramer was a fairly tall man at 6 ft.

Private Cramer was raised in Beaver Falls PA and worked as a crane operator before joining the US Army on September 7, 1942, assigned to the 106th signal company of the 25th Service Group.

For nearly two years, from January 25th, 1944 until December 17th, 1945 Private Cramer was deployed overseas, with the 106th being assigned to Bombay India, he discharged from the Army on December 30th, 1945, marrying Emma Schaubhut.