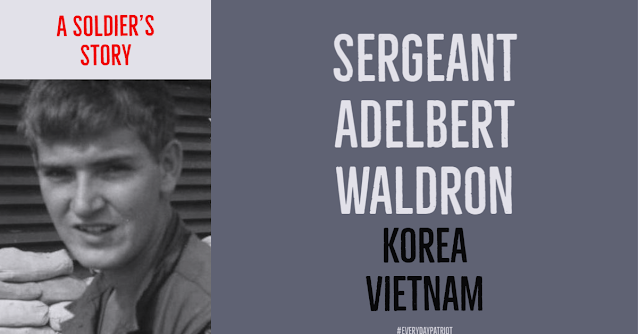 He spent his childhood hunting around his hometown of Baldwinsville New York and could imitate many wildlife sounds perfectly.

Sergeant Waldron's military career is impressive, he held the record of best US sniper until 2011, he won two Distinguished Service Crosses, a Silver Star, three Bronze Stars, and a Presidential Unit Citation.

He favored a suppressed rifle and often shot at relatively short (400 meters) distances.

After he left service, he worked as a counter-sniper expert and firearms instructor for Mitchel Werbell's private training facility in Powder Springs Georgia.

He never wrote a book or gave interviews, so his actual persona is somewhat enigmatic. He died on October 18, 1995, in California.