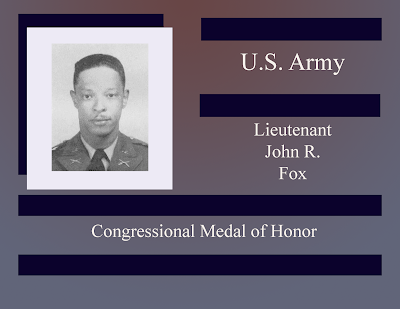 Born on May 18, 1915, in Cincinnati, Ohio. John Fox was an academic, attending Wilburforce University and participated in the ROTC program at the school.

After college, he enlisted in the U.S. Army in 1940 and was assigned to the 92nd Infantry Division as a forward observer.

On December 26, 1944, the Italian village he was at (Sommocolonia) was overrun by enemy soldiers.  Lieutenant Fox earned a medal of honor for directing artillery fire on his position after he was overrun.  His actions allowed allied forces to retake the village.