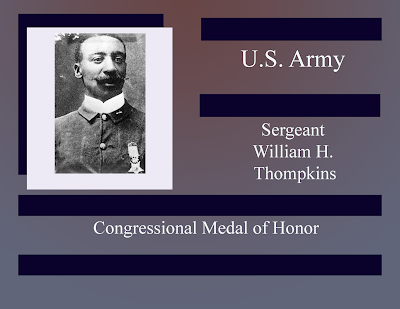 On October 3, 1872, the world welcomed Sergeant William H. Thompkins into the world.

From Paterson, New Jersey, he enlisted in the U.S. Army, becoming a career soldier.

During the Spanish American War's Battle of Tayacoba, while aboard the USS Florida, he participated in the rescue of a landing party under fire.