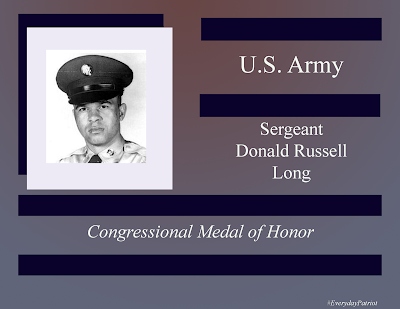 Sergeant Donald Russell Long was born on August 27, 1939, in Black Fork, Ohio, where he was raised and attended Decatur-Washington Hight School.

He joined the U.S. Army in 1963, and three years later, on June 30, 1966, Sergeant Donald Russell Long earned a Congressional Medal of Honor by smothering a grenade with his body to save the lives of his teammates during a reconnaissance mission with the 4th Cavalry.