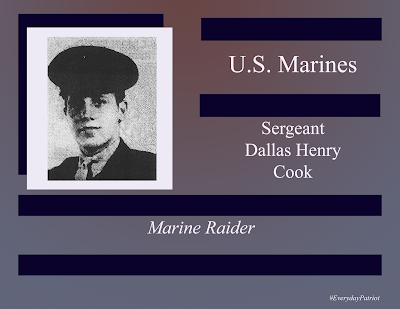 Assigned to the elite Marine Raiders, he participated in the raid on the Markin Islands.

While attempting to aid the evacuation of other Marines, he was killed in action on August 18, 1942.

He was never recovered.

Sergeant Dallas Henry Cook is listed in the Courts of the Missing in Honolulu, HI.