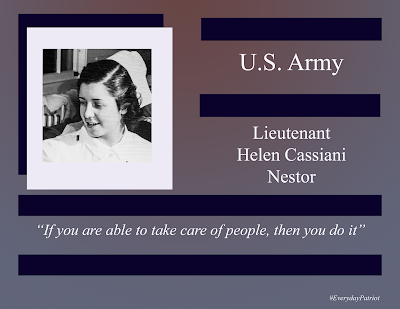 Captured with the other nurses after the fall of Corregidor, she was held in the Santo Tomas Internment Camp until the end of the war.  Like the other 78 nurses, she will forever be known as one of the "Angels of Bataan and Corregidor".

After the war, she returned to Bridgewater Massachusettes, got married and raised a family.