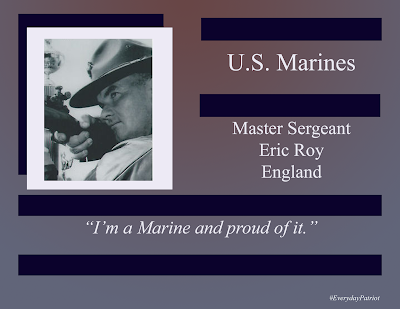 Born on April 15, 1933, in Blairsville, Georgia, Master Sergeant Eric Roy England joined the Marine Corps early, at the age of 17.

An avid shooter, he trained hard, winning national competitions in long-range shooting, including the Leech cup.

Deployed to Vietnam, Master Sergeant Eric England would go down in history as one of the top snipers of the war, with 98 confirmed shots.

He also served as a weapons tactic instructor.

Retiring from the Marine Corp in 1974, he returned to the Appalachians of his youth, spending his time hunting, fishing and watching NASCAR.