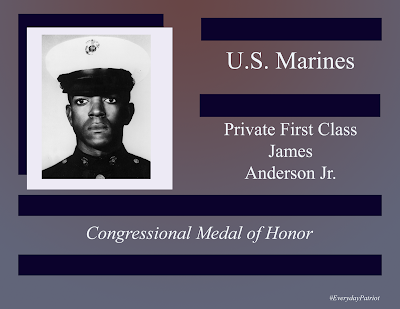 Born on August 22, 1947, in Los Angeles, California. PFC James Anderson Jr had attended the Los Angeles Harbor College for a little more than a year before deciding to enlist in the U.S. Marine Corps.

Deploying to Vietnam in December of 1966, Private First Class James Anderson Jr. earned a Congressional Medal of Honor on February 28, 1967, when he smothered a grenade with his body during Operation Prairie.