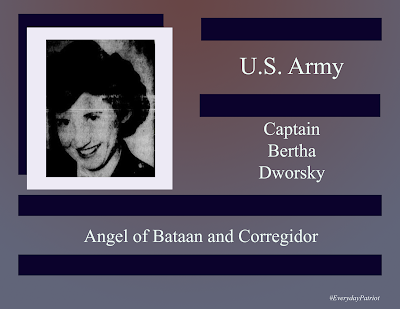 Trained as a nurse, she enlisted in the U.S. Army and was assigned to Manila.

After Manila fell, she and 77 other nurses were taken to the internment camp at Santo Tomas remained a prisoner of war for 36 months before being released in 1945. The nurses would be known as the Angels of Bataan and Corregidor.