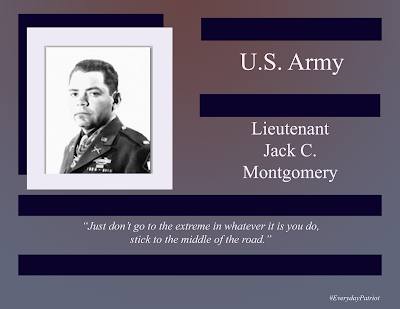 He enlisted in the U.S. Army in 1937 and during WWII was deployed to Italy.  There, Lieutenant Montgomery earned a Congressional Medal Of Honor by single-handedly attacking (and taking) enemy positions, armed with an M1 rifle, a carbine, and some grenades. He was seriously wounded during this firefight

He returned to his home in Oklahoma shortly after and died on June 11, 2002.  He rests in the Fort Gibson National Cemetery.
Army Biography Congressional Medal Of Honor WWII
Location: Long, OK 74948, USA