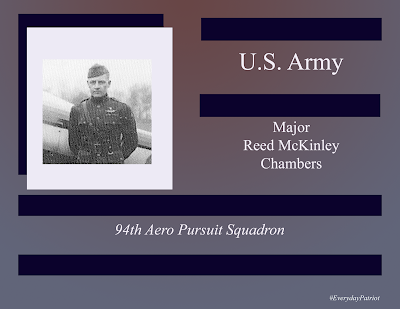 He served through the Mexican Expedition and then transferred to the Army Signal Corps (U.S. Airforce precursor) and was assigned to the 94th Aero Pursuit Squadron.  He is credited with seven victories.

His post-war project, Florida Airways, (with partner Eddie Rickenbacker) went bankrupt due to damages suffered because of a hurricane.  As insurance for aircraft did not exist at that time, there was no way to recoup the losses.