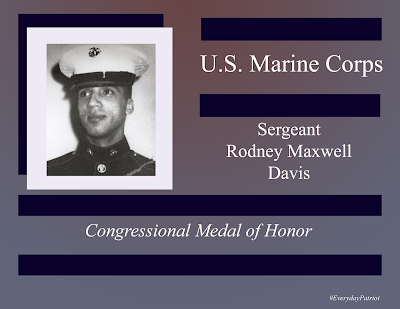 After graduation from Peter G. Appling High School in May 1961, he enlisted in the U.S. Marine Corps and assigned to the 2nd Marine Division as a rifleman.

Sergeant Rodney Maxwell Davis earned a Congressional Medal of Honor during Operation Swift, in the Quang Nam Province, during a firefight on September 6, 1967, Sergeant Davis smothered a grenade with his body.  His wounds were fatal.