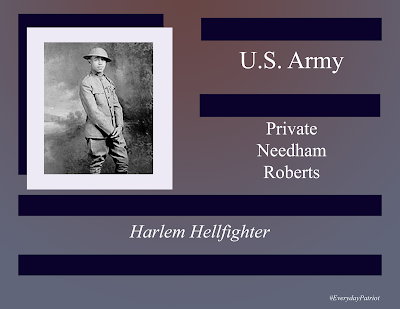 He enlisted into the US Army and was assigned to the 369th Infantry, also known as the "Harlem Hellfighters" and deployed to France.

On May 14, 1918, while on guard duty in Argonne Forest with Sergeant Henry Johnson he assisted in fighting off a 24 man enemy patrol.   The attack left him severely wounded and permanently disabled.

After the war he toured, giving lectures about his service and radio interviews during WWII to encourage Americans of African descent to enlist.

He died on April 18, 1949, and rests in Fairmount Cemetery in Newark, New Jersey.