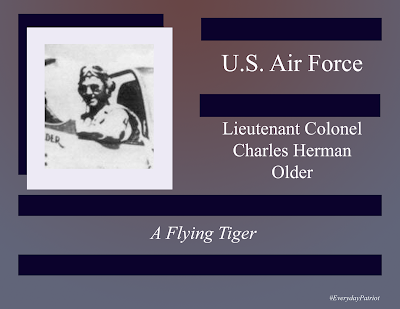 After graduating from the University of California in 1939 he enlisted in the U.S. Marine Corps as an aviator before transferring to the American Volunteer Group, better known as "The Flying Tigers" and traveled to China to aid in the Second Sino-Japanese war.  After the attack on Pearl Harbor, the Flying Tigers disbanded and he was transferred to the Army Air Forces, fighting in the China-Burma Theater.

He remained with the U.S. Air Force Reserve after WWII, attending law school at the University of Southern California, and redeployed to Korea.

After graduation, Lieutenant Colonel Older worked as a lawyer until he was appointed to the bench by Governor Regan, where he served as a judge for 20 years and many trials, including the Charles Manson trial.