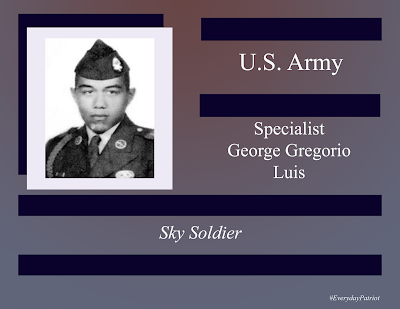 Specialist George Gregorio Luis was born on May 9, 1945, in Pahoa, Hawaii.

After enlistment in the U.S. Army, he was assigned to the 173rd Airborne as a rifleman and deployed to Vietnam.

While on patrol in the Binh Duong Province, also known as the "Iron Triangle" Specialist Luis was killed in a small-arms firefight on October 22, 1965.