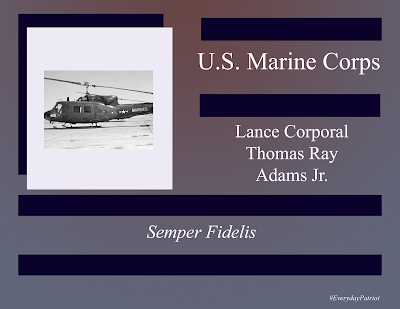 Trained as a helicopter crew chief, he was assigned to the USS Okinawa, the command ship of the 13th Marine Expedition Unit, which had deployed to assist operation Desert Storm / Desert Sheild in 1990.

While conducting night operations, the UH-1 helicopter Lance Corporal Adams was in collided with another.  He was never recovered.