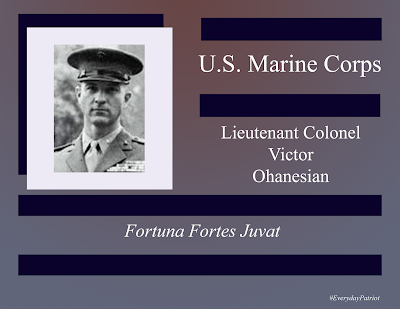 He enlisted in the U.S. Marine Corps in 1944 and completed officer training at Quantico and was assigned command posts with the 81st Rifle Company, the 1st Marine Regiment, and the 8th Marine regiment before he deployed to Vietnam with the 3rd Marine Regiment.