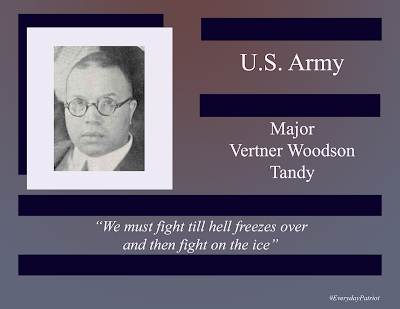 Major Vertner Woodson Tandy was born on May 17, 1885, in Lexington, Kentucky.  He initially began college at the Tuskegee Institute but later transferred to Cornell University, where he became one of the founding members of the Alpha Phi Alpha Fraternity.

After graduating from Cornell in 1907, Major Tandy became the first registered architect of African descent in New York State and is most known for his design of Harlem's Villa Lewaro.

Major Tandy continued to act as a champion for civil rights and equality throughout his life, dying on November 7, 1949.