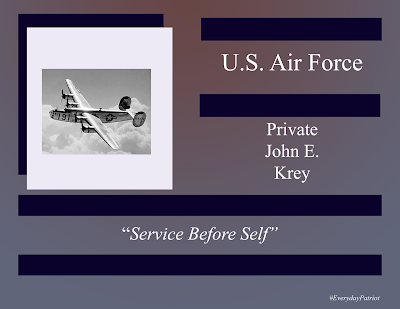 Private John E. Krey (although he generally went by the nickname Jack) was born on March 10, 1926, in Farmington, Illinois.

After his service in the U.S. Air Force in WWII, he worked for Hiram Walker & Sons Distillery until his retirement in 1981.