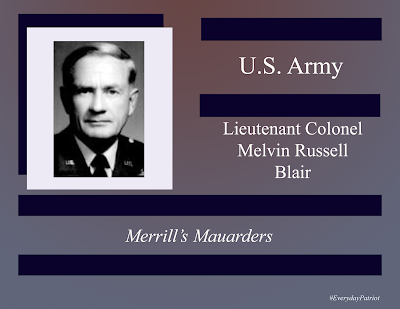 Enlisting in the U.S. Army in 1935 as a cavalryman, he was first assigned to Merrill's Mauraders, the special forces team assigned to Burma during WWII.

Lieutenant Colonel Blair then served at the New York Military Acadamy, recreating an equestrian program until his full retirement.

He was also an active member of the American Legion.