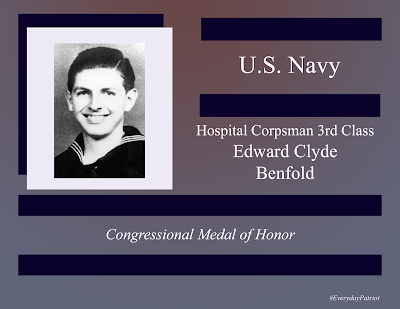 His family moved to the New Jersey area while he was young and in 1949 HM3 Benfold graduated from Audubon High School.

He enlisted shortly after graduation, attending recruit training and corpsman training in Great Lakes, Illinois before receiving his first assignment at the Naval Hospital in Newport Rhode Island.

In July 1951 HM3 Benfold returned to training, this time at Camp Lejune, North Carolina, for combat field training.  He was briefly assigned to the 3rd Marine Division before receiving his orders to E Company, 2nd Battalion, 1st Marine Division and deploying to Korea in July 1952.