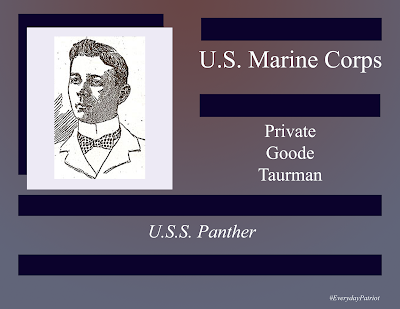 Private Goode Taurman was born in 1877 and raised in Gayton Virginia on a farm outside of town.

On November 17, 1898, he enlisted in the US Marine Corps and was assigned to Company D of the 1st Marine Batallion.

During the initial attack on an enemy-occupied fort, Private Goode Taurmen toppled to his death from the sheer 30-foot cliffs surrounding the fort.