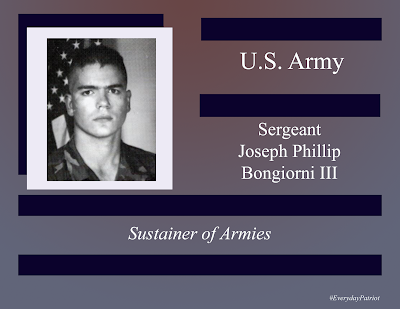 An athlete ad musician he played football for Fort Cherry High School, where he was also in the school's marching band, playing the trumpet.

Sergeant Bongiorni enlisted in the Pennsylvania National Guard prior to his enrollment at West Virginia University, majoring in engineering and was active in the school's ROTC program.

Sergeant Bongiorni deployed to Saudia Arabia when the 14th Quartermaster mobilized on January 15, 1991, and on February 25, 1991, was killed when a SCUD missile destroyed the barracks.