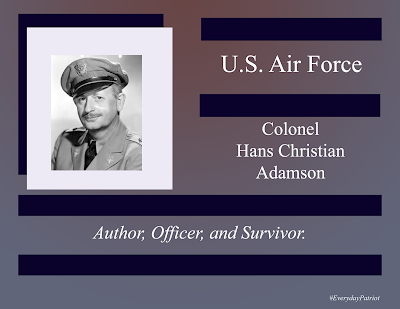 Relocating early to New York City, Colonel Adamson worked as a non-fiction writer, largely through the American Museum of Natural History and their Hayden Planetarium magazine "The Sky".  It was also through the museum that he created his first documentary script, "Adventures in Exploration".

He enlisted in the US Air Force during WWII and was assigned to tour Pacific Ocean miliary bases with Captain Eddie Rickenbacker when a plane crash left them adrift in the ocean for 24 days.

After the war, Colonel Adamson returned to writing, continuing to write radio scripts and mostly war themed non-fiction, including a biography about Eddie Rickenbacker.