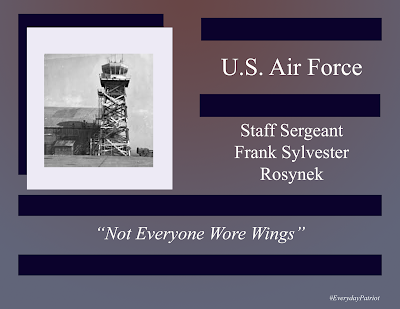 Enlisting in the US Air Force on November 16, 1942, and was trained as a control tower and operations technician and was assigned to the 11th Bomber group and deployed to the Pacific Theater, where he would work within the commanding colonel's administrative staff.

After the war, Staff Sergeant Rosynek would settle in Georgia, and manage a Rich's Department Store.  He was known for his sense of humor.

Staff Sergeant Rosynek was also a beloved storyteller who loved to write and after being interviewed by Laura Hillenbrand for her book "Unbroken", was inspired to write his own WWII account titled "Not Everyone Wore Wings".