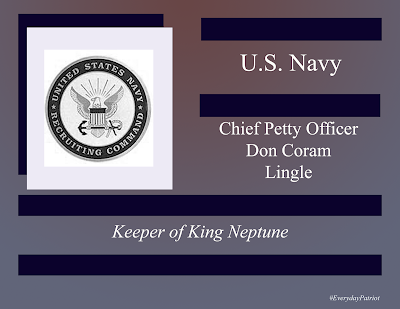 He would work as a food broker and grocery purchaser before enlisting in the US Navy on October 22, 1942.  He would be assigned to Naval recruitment.

While the USS Illinois was never completed, the pair would ultimately raise 19 Million in war bonds.