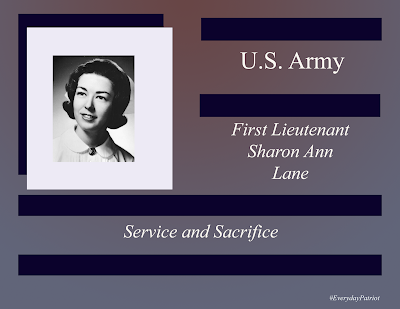 She moved to North Industry while young and graduated from Canton South High School in 1961.

First Lieutenant Lane attended the Aultman Hospital School of Nursing before enlisting in the US Army on April 18, 1968.

She first worked stateside, at the Fitzsimons Army Hospital in Denver Colorado before she deployed to the 312 Evac Hospital at Chu Lai on April 29, 1969.

Shortly after her arrival, on June 8, 1969, the field hospital was hit by a rocket.