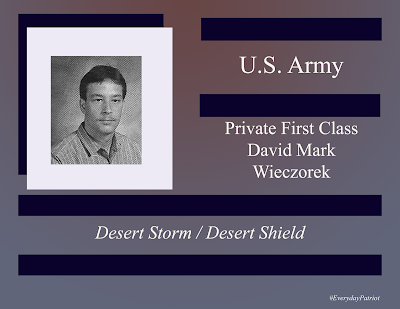 He graduated from Gentry High School, where he played basketball and worked for the local IGA grocery store. PFC Wiezorek was known for his sense of humor and outgoing personality. He enlisted in the US Army to earn money for college.

PFC Wieczorek deployed to the Middle East during the Gulf War and on March 3, 1991, he stepped on an unexploded cluster bomb.