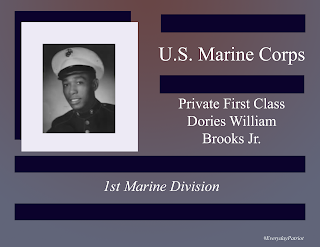 He enlisted in the US Marine Corps in 1951 and trained as a rifleman, deploying with the Ist Marine Divison to Korea.