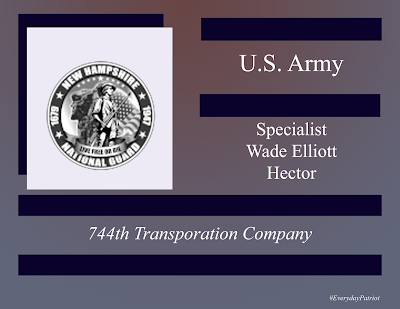 After his graduation from Lebanon high school in 1986, he enlisted in the US Army, completing a 3-year contract.  He remained in the New Hampshire Army National Guard.

After his active service, Specialist Hector worked for the Greenwood Painting Company and was an avid hunter.  He was a member of both the Grafton County Fish and Game Club and the National Rifle Association.