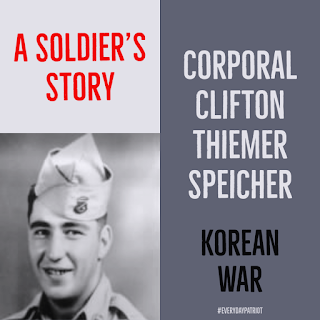 He enlisted in the US Army in January of 1951, shortly before his 20th birthday, and deployed to Korea with the 223 Infantry Regiment that June.

Get Posts In Your Inbox