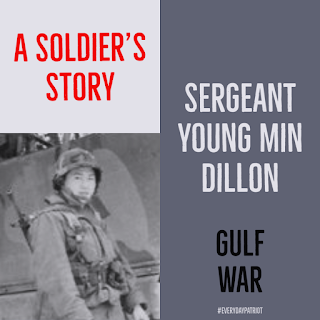 His family repatriated to the Colorado area while he was young and he graduated from Aurora schools, enlisting his the US Army shortly after his high school graduation.

He was assigned to the 3rd Armored Division and deployed to the Persian Gulf during Desert Storm / Desert Shield.

On February 26, 1991, shortly before the tank assault on Hussein troops, Sergeant Dillon would earn a Silver Star, when he, racing against the start time of the assault, would travel back to operations to pick up a replacement radio for his M113. He would complete the repairs on the radio under fire.  He would then enter the gun turret of the M113.  A US round would fall short of its target and struck his turret.