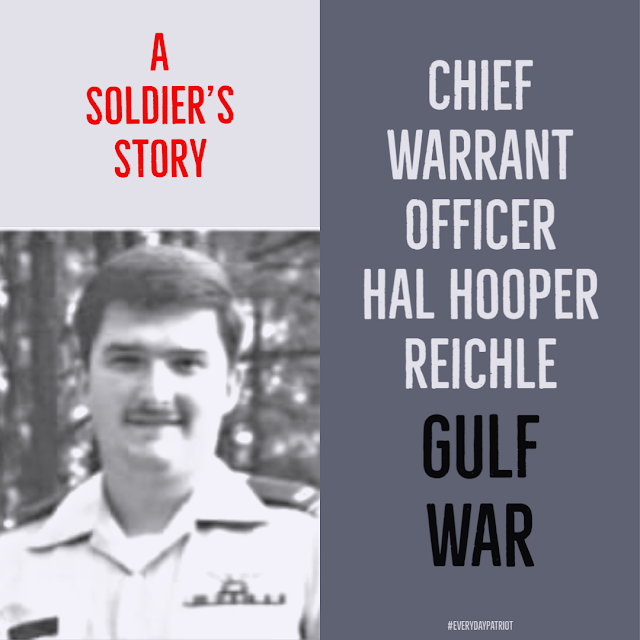 Chief Warrant Officer Hal Hooper Reichle was born on June 25, 1963, in Cleveland Ohio.   He was always committed to service and had even briefly considered joining the priesthood.   Instead, on July 4, 1982, he enlisted in the US military.
CWO Reichle would initially serve first as a Corporal in the US Marine Corps before transferring service into the US Army and training as a helicopter pilot. He would deploy with the 24th Infantry to Saudi Arabia during Operation Desert Storm/Desert Shield.
On February 20, 1991, CWO Reichle's OH58 went down during a storm.  He rests in Marietta National Cemetery in Canton Georgia.
He was an incredibly giving man.  CWO Reichle was especially known for a "Robin Hood" style of giving, either by trying to slip money into a stranger's pockets, or shoveling snow for the neighbors while wearing a snow camo suit, so he wouldn't be seen.  This form of service to others would become his legacy.  His friend Roger F. Cram created a "secret society" called Ssssh (the Secret Society of Serendipitous Service to Hal) to honor CWO Reichle's style of giving and to encourage others to give without recognition.  The details are available at the following site: http://ssssh.org/
Labels: Army Desert Storm/Desert Shield Died in Service Gulf War
Location: Cleveland, OH, USA