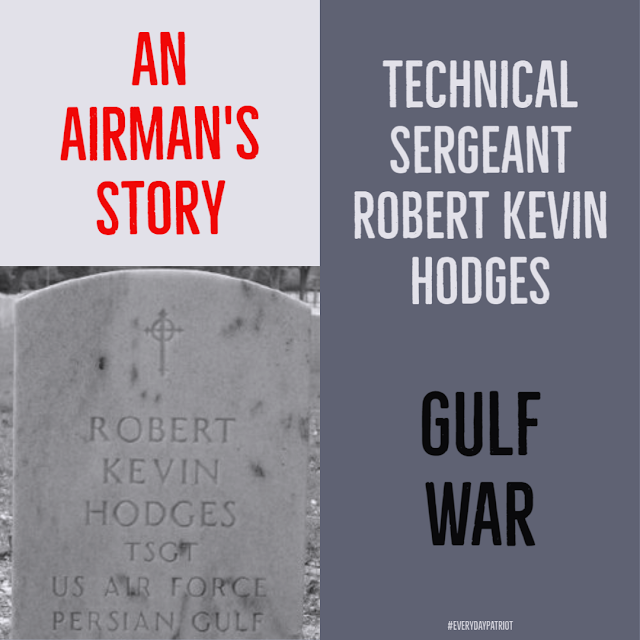 Technical Sergeant Robert Kevin Hodges was born on December 17, 1962, in Rantoul Illinois.  He enlisted in the US Air Force following his high school graduation, on August 19, 1981.

He was assigned to the 16th Special Operations Squadron and deployed to the Persian Gulf during Operation Desert Storm Desert Shield with the crew of Spirit 03, an AC-130 gunship.

On Jan 31, 1991, while providing support for a Marine unit struggling against an Iraqi Missile post, Spirit 03 went missing and was believed to be shot down.  The plane would be located off the coast of Kuwait on March 6, 1991.   The crew was repatriated shortly after.