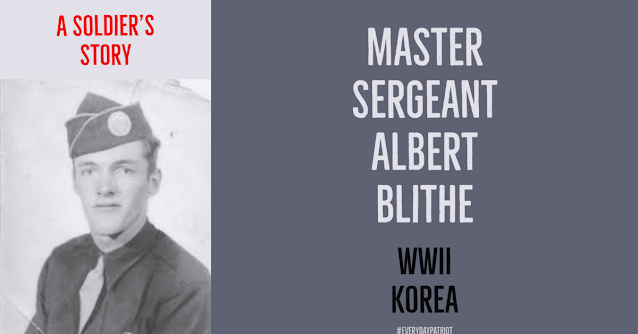 Master Sergeant Albert Blithe was born on June 20, 1923, in Philadelphia Pennsylvania. He enlisted in the US Army on August 18, 1942, and trained as a paratrooper. He took part in the 101st Airborne drop into Occupied France during the Landing at Normandy and was wounded by a sniper shot to the collarbone.
Master Sergeant Blithe deployed to Korea with the 187th Airborne and chose to remain with the US Army as a career soldier.  After the war, he was assigned to the Military Assistance Advisory Group.
On December 10, 1967, while stationed at Wiesbaden Germany, Master Sergeant Albert Blithe died from the complications of an ulcer. He rests at Arlington.
Labels: Army Biography Died in Service Korea WWII
Location: Philadelphia, PA, USA