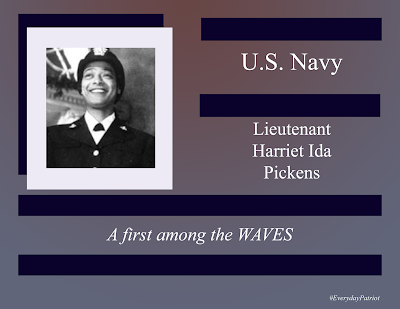 Lieutenant Harriet Ida Pickens was born on March 17, 1909.  She graduated from Wadleigh High School in 1926 and then from Smith College in 1930.

Returning to New York, she would earn a Master's Degree in political science from Columbia University.

Lieutenant Pickens would lead the physical training sessions for all further WAVES recruits.