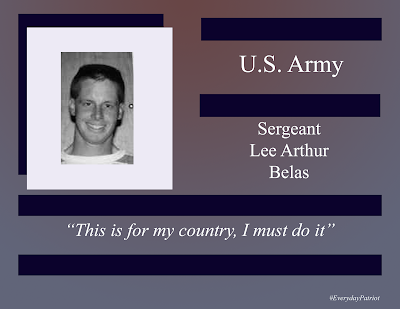 Sergeant Lee Arthur Belas was born on May 7, 1968, in Port Orchard Washington.

A graduate of South Kitsap High School, Sergeant Belas was a gifted linguist, he studied French, German, Russian, Dutch, and Latin prior to his enlistment in the US Army on October 14, 1987, and was currently learning Arabic. He planned on working for the US State Department as an ambassador after his term of enlistment was complete.

On February 27, 1991, the helicopter Sergeant Belas was traveling in was shot down over Iraq.