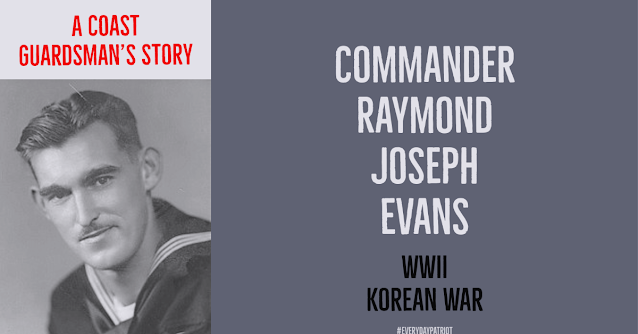 Commander Raymond Joseph Evans was born on February 22, 1921, in Bellingham Washington.  He enlisted in the US Coast Guard following high school and met up with Singleman First Class Douglas Munro in orientation. The two became a pair of best friends known as the "Gold Dust Twins" and would remain together throughout the early part of WWII.
Commander Evans trained as a coxswain and deployed to Lunga Point during the Guadalcanal campaign. During the Second Battle of The Matanikau in September of 1942, Commander Evans was tasked with assisting in the Marines' evacuation after their positions had been overrun.
He remained at this post, despite being wounded, ferrying US Marines from the Island, and at one time had to steer the boat with one hand while returning fire with the other. Commander Evans would earn the Naval Cross for his actions and, unfortunately, the other member of the Gold Dust Twins, Signalman Douglas Munro, would be killed during this operation. 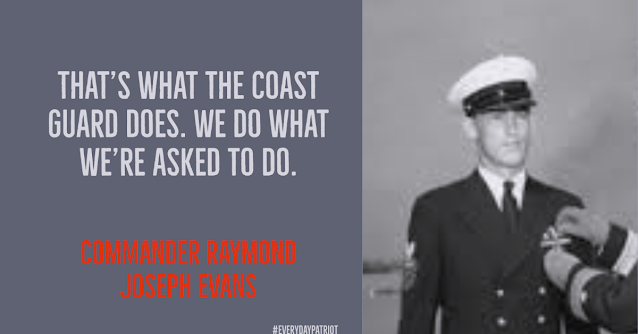 Commander Evans remained with the Coast Guard following the war, earning his commission and retiring in 1962. He died on May 20, 2013, and rests in the Mountain View Memorial Park in Lakewood Washington.
Labels: Biography Coast Guard Korea WWII
Location: Bellingham, WA, USA