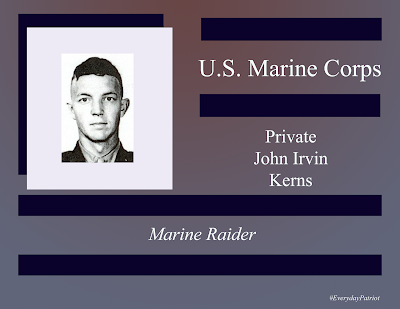 A Marine Raider, Private Kerns took part in the raid on Makin Island and volunteered to help with the evacuation.  He and nine other Marines were left behind and captured on August 17th and 18th, taken as a prisoner and executed on October 16, 1942.  He was never recovered.

Private John Kerns is memorialized in the Court of the Missing, Honolulu HI.