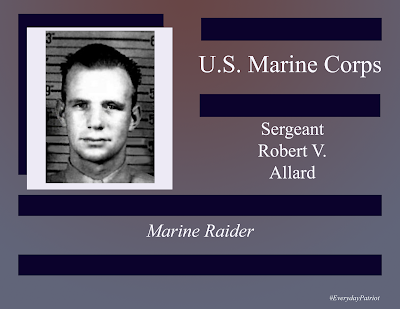 He enlisted in the U.S. Marine Corps and completed the additional training to become a Marine Raider and was assigned to the Pacific during WWII.

On August 18, 1942, during the raid on Makin Island, he and nine other Marines helping with the evacuation were captured and after a few months in captivity, Sergeant Robert V. Allard was executed on October 16, 1942.  He was never recovered and is memorialized on the Tablet of the Missing in Honolulu Hawaii.