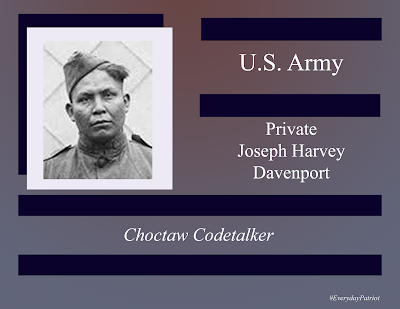 He enlisted in the US Army and deployed with the 36th Infantry regiment to Francy.  While there, he and several other members of the Choctaw tribe confused enemy code breakers, using the Choctaw tribal language, about key troop movements.

Private Davenport returned back to his home in Oklahoma before he died on April 23, 1923.